Canine Cognition: How Smart Are Dogs? 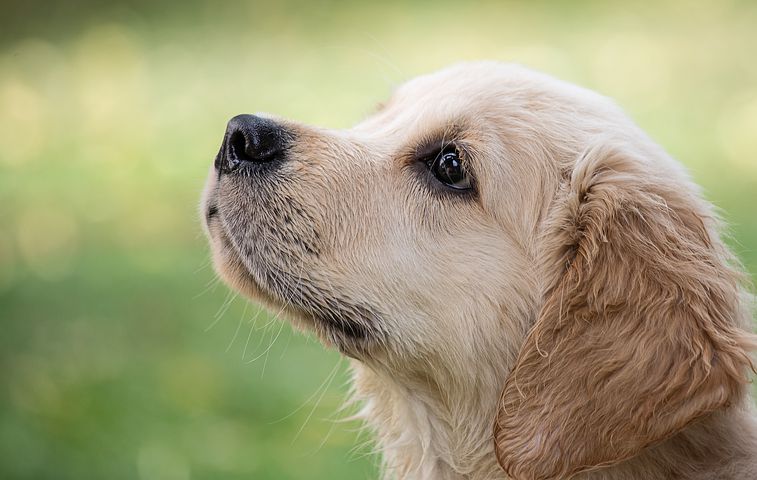 According to the Merriam-Webster Dictionary, cognition is defined as conscious mental activities: the activities of thinking, understanding, learning, and remembering.

How do we know what dogs can learn, think, understand and remember?

You may think that your dog is brilliant. Perhaps he fetches your shoes and can bring them by request. Or maybe he sees you pick up your keys and heads for the car, ready for a ride. Maybe he alerts you when the baby cries or can perform 10 different “parlor tricks.” Dogs are smart. But how did they get that way and just how smart are they?

Scientists aren’t satisfied with pet owner anecdotes about their dog’s displays of intelligence. Scientists need facts, so they devise objective tests to determine a dog’s level of cognition. Here are a few of the tests that canine behaviorists may perform in controlled laboratory settings aimed at learning more about how dogs learn and how much they learn, how often they apply what they’ve learned to certain situations.

Can dogs learn to communicate with humans?

The ability to communicate with humans may be observed in the following manner:

Several closed, identical containers are set up in front of a group of dogs. Only one container has food inside. A person points to the container with food to see if the dog understands the visual cue. The dog that reaches for the designated container gets the treat. Dogs learn and remember that if they respond to the pointing gesture, they will find food.

Can dogs learn from others?

Social learning involves letting dogs observe humans or other dogs solve a problem. Then the dog is presented with the same problem, to see if he remembers what he observed and can apply the principles to solve the problem on his own. For example, a fence is set up as an obstacle and a dog watches as a human goes around it. The goal is to determine if the dog will imitate the human’s actions to get around the fence. First, the dogs are separated into two groups, those that watch the human circumnavigate the fence and those that don’t. In repeated experiments, both groups of dogs successfully go around the fence, indicating that they didn’t need a human to teach them that particular skill. In fact, the dogs that watched humans walk around the fence often walked around the opposite side. So even though dogs can learn from humans, they are probably not the social learners that people are and have an innate ability to solve problems on their own.

Do dogs understand their physical surroundings?

Physical cognition is assessed by observing how dogs understand the physical state around them. Awareness of surroundings is important for dogs in the wild, which need to hunt for food and avoid predators. Domesticated dogs also need to understand their environment to avoid falling into the swimming pool or even to remember the location of their food bowl. Are dogs good at assessing their environment and remembering what they observed? To determine this aspect of cognition, an obstacle course is set up with a food reward at the end. It usually takes a dog several trials before he successfully navigates the course. If the course is changed, it takes a little longer for the dog to adjust to the alterations in the course. So basically, dogs do have an understanding of their environment, but it may take them a while to reach that level of understanding.

Do dogs work together to solve problems?

Cooperation between dogs and humans or between multiple dogs is studied to see if dogs give or receive help when needed. To assess a dog’s cooperative nature, a clever test is utilized. First, one dog is presented with a string dangling from a table. When the dog tugs on the string, a treat falls to the floor. Next, the dog is presented with two strings and must tug on them both to release the treat. Study dogs devised different techniques to grasp both strings simultaneously. Some used their paw to push one string next to the other. Some opened their mouths wide enough to grab both strings. Either way, the dogs were successful in getting the reward.

To determine cooperative actions, the strings are set so far apart that one dog cannot reach them both. Two dogs are positioned in front of the table. The goal is for the dogs to cooperate by pulling the strings simultaneously releasing two treats. In this study, dogs cooperated with each other or with human participants. It was also observed that if one dog was set in front of the table, he waited for the other dog to get in position before tugging on the string. So, dogs are good at working with others to get the job done.

“In this study, dogs cooperated with each other or with human participants.”

There are even more studies aimed at determining how much of a dog’s cognitive ability is innate to the species and how much is gathered through socializing with humans or other dogs. These studies will continue and our knowledge will grow. Current theories may be amended, expanded, or negated altogether.

But one fact will remain unchanged. Our dogs are smart. They understand us. They respond to our requests. And we love them for it.