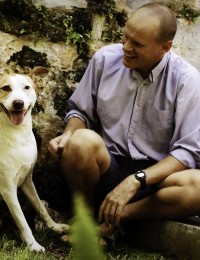 After growing up in Bermuda surrounded by animals – dogs, cats, rabbits and a multitude of chickens, it was natural for Nick to want to become a veterinarian, partly because of his love for animals and partly because it was the most challenging course to get into at university. He attended the Royal Veterinary College in London, England, universally recognized as the most prestigious veterinary college in the world, qualifying in 1991. After working for several years in the UK, starting with cattle and sheep in Devon and finishing with dogs and cats in Warwickshire, Nick returned to Bermuda in 1996, becoming a partner in Endsmeet Animal Hospital in 1997.

The last 17 years, that’s a scary number, have flown by and Nick has gained three cats, two children, a dog, a wife, a bad back and three horses ( not necessarily in that order apart from the horses ) and lost an awful lot of hair along the way. Despite it all he is still phenomenally good looking and continues to love being a veterinarian constantly striving to improve both his own knowledge and the service that Endsmeet Animal Hospital is able to provide for its clients.

A lot of Nick’s spare time is devoted to his cats, children, dog and wife. He also runs ( pretty well ), cycles ( OK ) and swims ( slowly ) and once in a blue moon even manages to put them all together. Finally he loves playing golf but unfortunately a combination of being awful at it and the previously mentioned bad back means it rarely happens.

After more than 25 years practicing in Bermuda and owning Endsmeet since 1997, Nick has decided to leave Endsmeet and retire to the UK to be with his family full time. Endsmeet would not be the practice it is today without his expertise and compassion for our staff, clients and patients alike, and we will miss him very much. As of January 2021, Dr. Jennifer Fullerton is the sole Director of Endsmeet Animal Hospital Ltd. 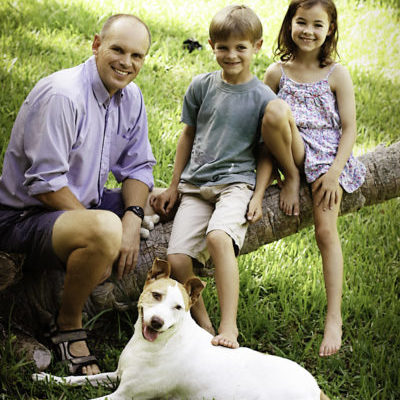 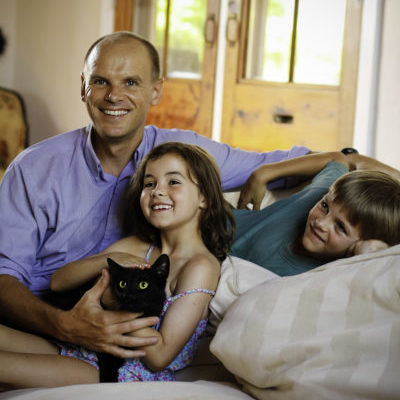 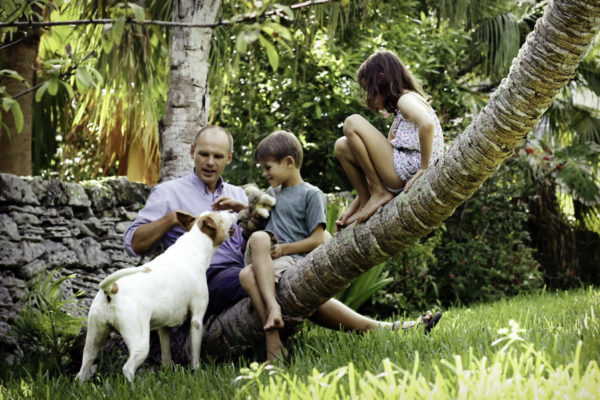 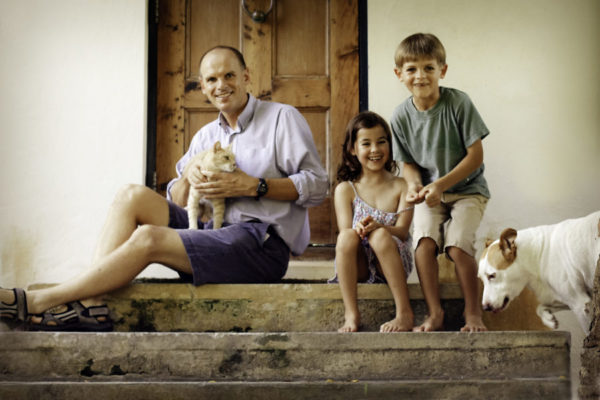 It is with great sadness that we announce the passing of Dr. Neil Burnie, a managing Partner and senior veterinary surgeon here at Endsmeet Animal Hospital. Neil and Nick have been Partners since 1997 when they puchased the clinic from Martin & Linda Counsell.

Neil was laid to rest this past Sunday November 16th, 2014 on the sea, where he truly belonged. Neil was a truly unique individual and touched many lives with his work here in the clinic and the community at large. He will be fondly remembered and greatly missed by all of the Endsmeet team, our patients and clients.

He leaves behind his loving wife Katrin Burnie, his son Oscar Deuss, daughter Kim Deuss, and siblings Judith Sweetman, Jonathan Burnie, brother-in-law Rufus Sweetman, sister-in-law Meg Burnie, and pets Kia, Hugo, Ziggy, and Kitty Michael. Our thoughts and prayers go out to them, as well as his beloved Ocean Vet team, band members, and everyone in the community that he cherished and that cherished him. 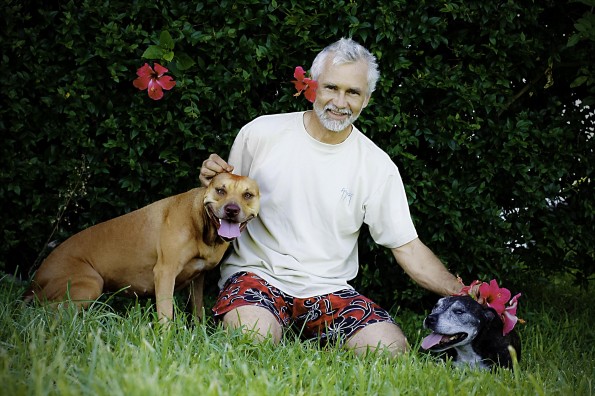 The staff of Endsmeet would like to thank all of our clients that stopped by, called or sent flowers during the last week. The support has been truly overwhelming and we are most grateful to you all. A special thank you to Dr. Jiri Heinz of Ettrick Animal Hospital.

We have posted a small album with some media collected by our staff of Neil and his exploits. He gave us so much, and for that we are forever grateful. 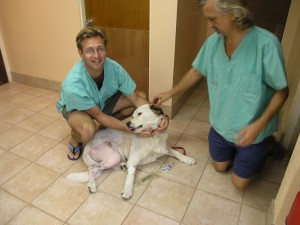 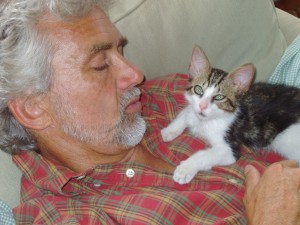 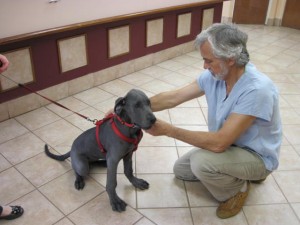 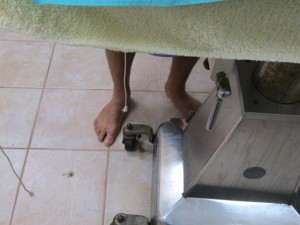